Agent-based models are being used for computer experiments in epidemiology, transportation, migration, climate change, and urban studies. Researchers use the models to experiment on simulated human behavior with a synthesized population in a controlled environment. What population synthesis methods are currently being used in ABMs, and how have these synthetic populations been used?

Population synthesis is the process of creating agent representations of the model population based on available data. Sample-based methods are more traditional, but new methods also create synthetic populations sample-free.

Sample-based
Sample-based methods either involve synthetic reconstruction or combinatorial optimization (reweighting) based on existing datasets on population characteristics such as census data.

Sample-free
A sample-free method in synthetic reconstruction involves generating individual units and placing them into households or other groupings until the entire population is used. The method draws the individual's attributes at the most disaggregated level from joint distributions. After all the individuals are generated, the population is compared to the joint distributions and inconsistencies are handled by shifting attribute values. The last step is to gather the individuals into households or groupings. Look for this technique to be applied to migratory groups, areas undergoing rapid change and other underrepresented, marginalized populations.


Populations and Generator Tools:
Population generative tools are available now with existing synthetic populations or for use on new population data.

PopGen
Uses Iterative Proportional Updating (IPU) that, unlike IPF, controls for both the agent and agent grouping at the same time. Used for creating realistic human populations for prediction of anatomical, physiological and phase 1 metabolic variation in the population in response to exposure or dosage.

PopGen for SimTRAVEL
Adds person-level attributes in addition to census data distributions in population synthesis. These populations are designed for application to urban planning and analysis of transportation, routes, activities, vehicles, emissions and land-use. Arizona State University (ASU) is integrating it into UrbanSim.
http://urbanmodel.asu.edu/popgen.html

RTI U.S. Synthetic Household Population
Provides a representation of households and persons in U.S. populations from publicly available data sources. These data are placed on a map and represent distribution variations within census blocks. Used for representations of the demographic characteristics of a population including age, gender, race, income, and educational attainment. The map and underlying data is available online for free to track infectious disease, study transportation networks or optimize supply chains.
https://www.rti.org/impact/synthpop

The data for SPEW, RTI US Synthetic Household and other populations from the Models of Infectious Disease Study (MIDAS) can also be found here:
http://www.epimodels.org/drupal-new/?q=node/112

Deming, W. Edwards, and Frederick F. Stephan. 1940. “On a Least Squares Adjustment of a Sampled Frequency Table When the Expected Marginal Totals Are Known.” The Annals of Mathematical Statistics 11 (4): 427–444.

Huang, Zengyi, and Paul Williamson. 2001. “A Comparison of Synthetic Reconstruction and Combinatorial Optimisation Approaches to the Creation of Small-Area Microdata.” Department of Geography, University of Liverpool.


Williamson, Peter, Michael Birkin, and Phillip H. Rees. 1998. “The Estimation of Population Microdata by Using Data from Small Area Statistics and Samples of Anonymised Records.” Environment and Planning A 30 (5): 785–816.

Posted by Annetta Burger at 9:03 AM No comments: 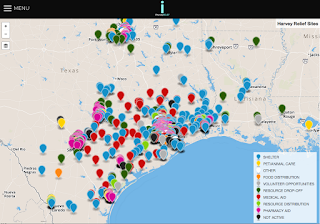 These maps include layers of geospatial data as KML files that can be downloaded for analysis. The Harvey Relief map includes crowd-sourced locational data for individuals to find aid.

The google crisis map layers include links to the original source KML data. 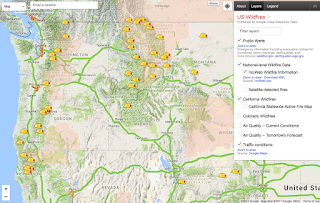 These maps can be used to inform humanitarian efforts around the globe. 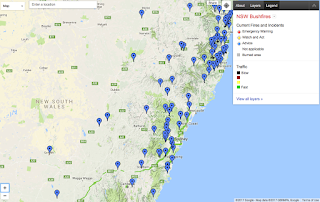 Posted by Annetta Burger at 7:46 AM No comments: